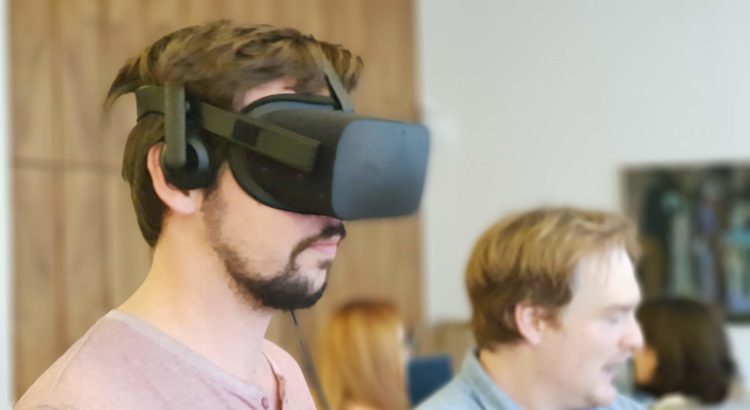 The conference is over now and we had great days of ideas, discussions and demonstrations. In the morning on Saturday, we started the session on “Digital Tools in the classroom” where Katherine Cook (@KatherineRCook) from Canada showed us how you can engange with local communities by going into the classrooms and shaping the heritage together. Michael Remmy of the University of Cologne showed us his experiences with geo-caching in the classroom and how cretive students get, when creating a geo-caching-based game. He also sees potential for using this technology on excursions. 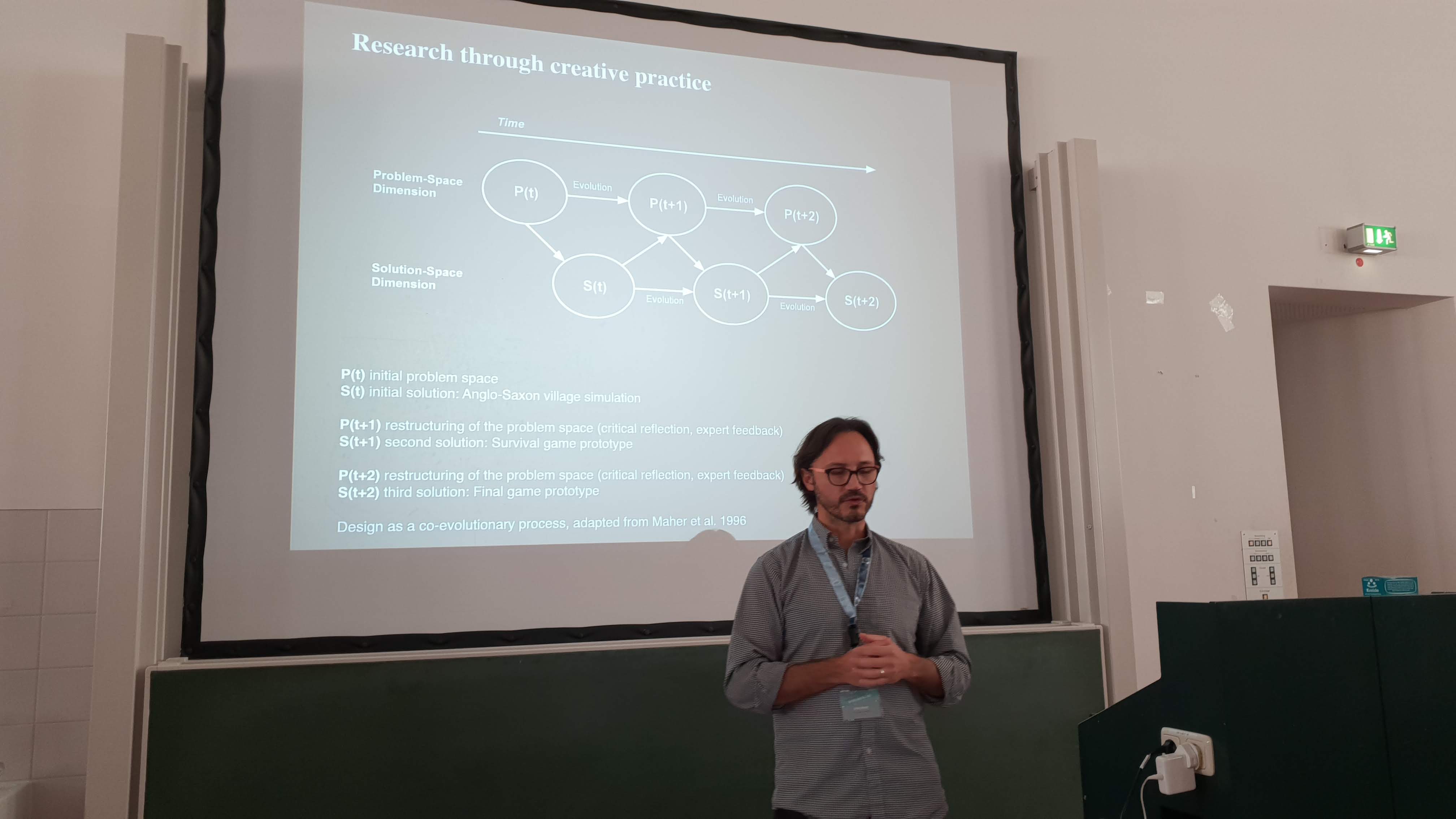 Juan Hiriart (@juanfrahiriart) presented his faboulus game in which you had to survive as an Anglo-Saxon and take care of your family. While interviewing pupils before and after playing the game, he evaluated their development, especially when kids got emotionally attached. The last session on “Digital learning environments” was started by David Hölscher from Kiel, who presented his plans for his freshly started PhD project in which he tries to use multimedia tools to engage with families and the youth in the northern part of Germany.

After a break, we continued with the presentation of Felicitas Fiedler, Erika Holter, Una Ulrike Schäfer and Sebastian Schwesinger of the Humboldt-University of Berlin, who presented us their reconstruction of the Pnyx, in which you could position yourself with the help of a VR headset in order to listen to a speaker giving a generic speech. Different positions and parameters changed the situation and listening conditions. Sierra McKinney (@archaeosmck) and Sara Perry (@archaeologistsp) showed us their classroom kit with which they connected with pupils emotionally by showing them how the egalitarian society of Çatal Höyük functioned. 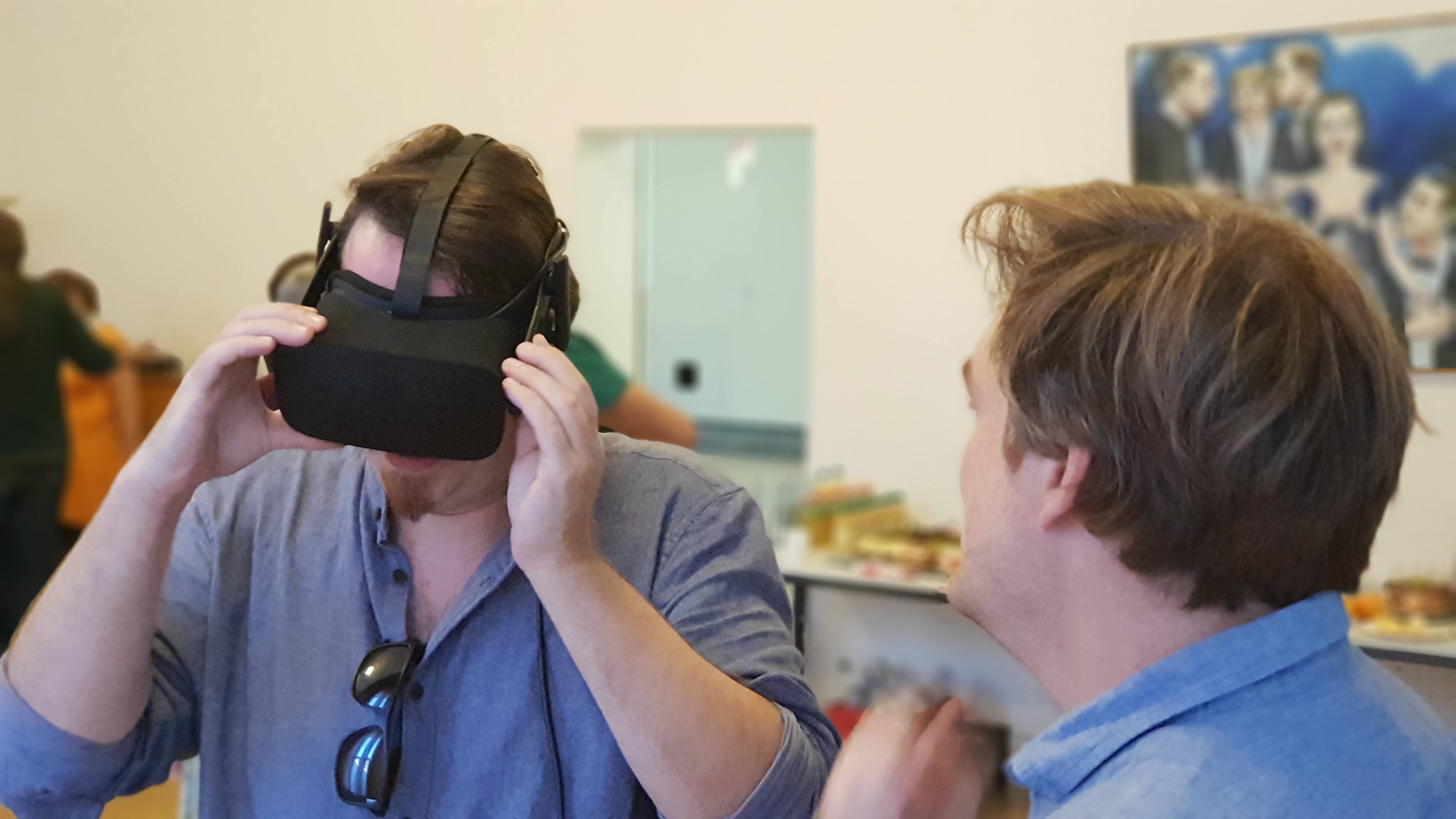 After that, we had a two hour session with technical demonstrations. Juan Hiriart (@juanfrahiriart) showed his game where you could play an Anglo-Saxon. The goal was to survive and take care of your family. All was illustrated by wonderful graphics and a kind of learning by doing system. Sierra McKinney (@archaeosmck) and Sara Perry (@archaeologistsp) showed us their classroom kit where you started off with a quiz, in which you got evaluated to be whether an artist, a creator or have some other talents. They also showed the ChatBot that they developed. Felicitas Fiedler, Erika Holter, Una Ulrike Schäfer and Sebastian Schwesinger presented their auditative setup in which you where able to stand virtually in a crowd, trying to listen to a speaker giving a speech. By moving and playing with the parameters, you were able to try out different conditions. Finally Angus Mol (@theshoresoftime) of the VALUE Foundation (@valuefnd) showed us a level in Minecraft which was build by children and was able to be presented via the Oculus Rift. In it, you could walk around and get a feeling for the dimensions of the site.

The symposium was closed by a final discussion where we mainly discussed different options for publication. All in all this was a great experience and workshop, as all have agreed. We thank all the participants for their contributions and foremost the two students, that worked silently in the back to make this all happen: Christine Avenarius and Laurenz Hillmann.

This site is part of Humanities Commons. Explore other sites on this network or register to build your own.
Terms of ServicePrivacy PolicyGuidelines for Participation